‘Around the world, there is a surging demand for soy—the “king of beans.” Soy is a globally traded commodity produced in both temperate and tropical regions and serves as a key source of protein and vegetable oils. Since the 1950s, global soybean production has increased 15 times over. The United States, Brazil, and Argentina together produce about 80% of the world’s soy. China imports the most soy and is expected to significantly increase its import of the commodity.

Soy is pervasive in our lives. Not only are soybeans made into food products like tofu, soy sauce, and meat substitutes, but we also eat them in the form of soybean oil and soybean meal. Soybean meal is widely used as animal feed, so we humans consume much of it indirectly via our meat and dairy. Soybeans also reach our tables as oil—which represents around 27% of worldwide vegetable oil production. While its most common oil-based form is table oil, soy is increasingly used for biodiesel production.

Without proper safeguards, the soybean industry is causing widespread deforestation and displacement of small farmers and indigenous peoples around the globe. To ensure that soybean expansion does not further harm natural environments and indigenous communities, WWF is encouraging the development of better production practices. We call for transparent land-use planning processes and promote responsible purchasing and investment policies.’

The following short video was also on a BBC documentary several months ago. This was the first time I knew about the environmental destruction soya bean production was causing, together with the human misery which ensues. I was shocked. Blue sky Eco café will strictly monitor where soya is used in its ingredients and will try to eliminate its use.

Blue Sky Eco Cafe experimented  with a stall on the Abingdon Market of Excellence in July to raise money for, and awareness of, the social enterprise project. Sadly our nutritious and delicious breakfasts (porridge with quinoa, smoothies,granola with fruit compote, vegan french toast, bircher muesli) were a flop as all passersby had had their breakfast before leaving home!

Maybe you will see us again???! 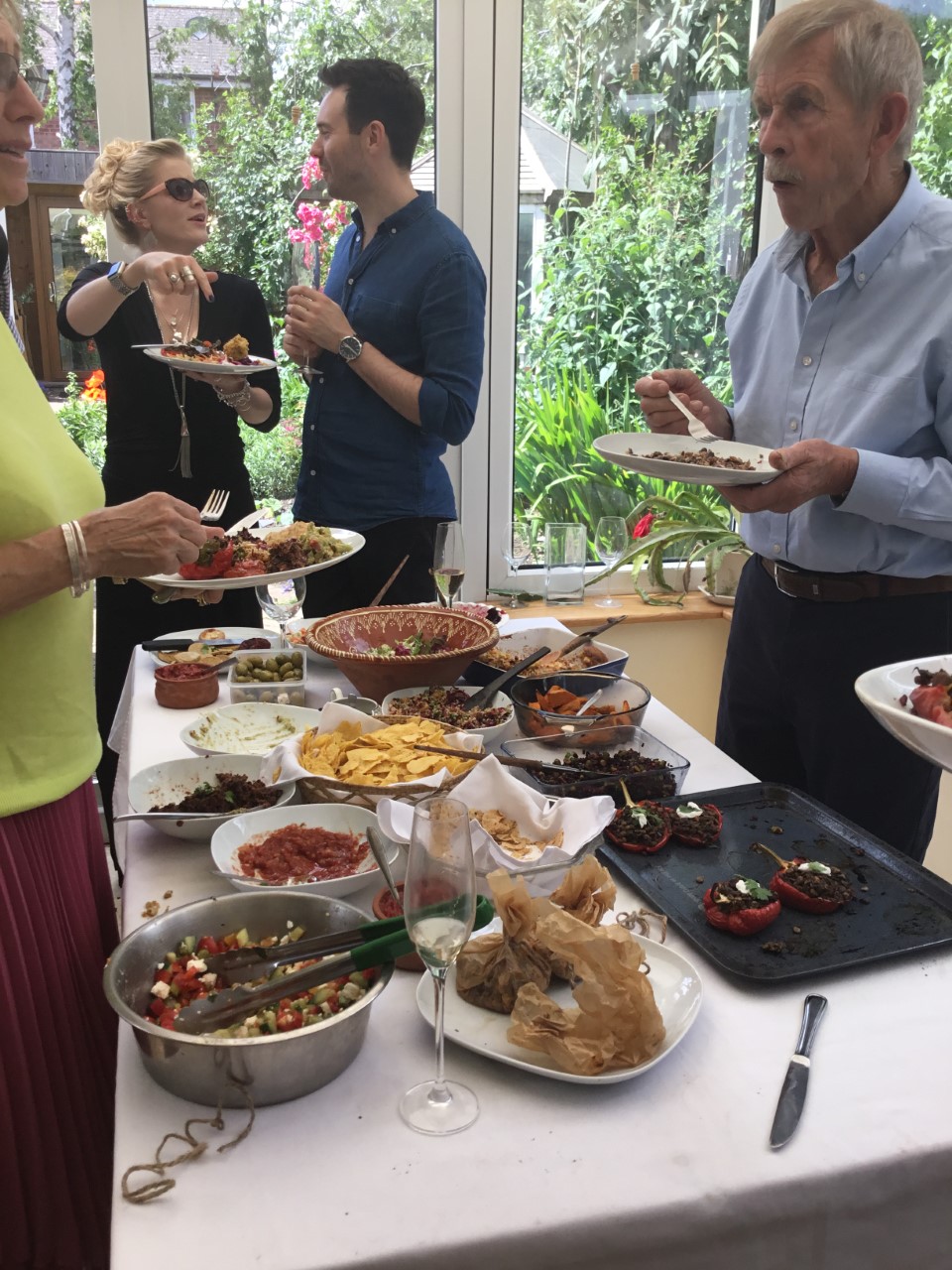 Have you heard of ‘The Hungry Gap’? Well I hadn’t until my local organic supplier Tolhurst Organics told me they had very few vegetables either growing or in storage. I went through the veggie section in my local Waitrose and found only a handful of produce from the UK- asparagus, spring greens, carrots and Jersey royal potatoes. Most of the organic veg came from Spain (but see the last quoted paragraph below). I Googled this phenomenon to find out more. Below is copy from https://wickedleeks.riverford.co.uk/, but you can also try https://sustainablefoodtrust.org/ and https://www.farmdrop.com/ for more info.

The Hungry Gap is the hardest time of year for UK farmers: a few weeks, usually in April, May and early June, after the winter crops have ended but before the new season’s plantings are ready to harvest.

It all comes down to the UK’s latitude. We sit right at the geographical limit for many spring crops, which would not survive our cold winter temperatures if grown any earlier. At the same time, as the days warm up into spring, many hardy winter crops like sprouts, kales, and caulis ‘bolt’ (abandon leaf growth to start producing flowers and seeds). The result is unproductive fields and fewer British-grown crops…….

If it’s such a dire time, why hasn’t everyone heard more about the Hungry Gap before – or noticed its impact on their plates? …..

The name ‘the Hungry Gap’ harks back to a time when an empty field really meant going hungry. Traditionally, the gap had to be bridged with a spartan diet of cabbage, old potatoes, and fruits preserved during kinder months. These days, however, very few people eat a local, seasonal diet; the supermarkets can easily top up their shelves with even more imported produce, or crops grown in the UK under heated glass, and no one need notice the difference.

Importing isn’t a perfect solution, but it’s far less damaging than growing the same crops in the UK using artificial heat. Take the example of tomatoes. The huge amounts of heat used in glass hothouses is produced by burning gas or oil. For every kilo of tomatoes this way, 2-3 kilos of CO2 are released into the atmosphere. Trucking tomatoes over from Spain uses just a tenth of the carbon compared with growing them in the UK using heat. It’s not perfect, but it’s the least damaging option.”

This month (June) will try to choose a menu that reflects The Hungry Gap….but we have ways of making it appetising!!